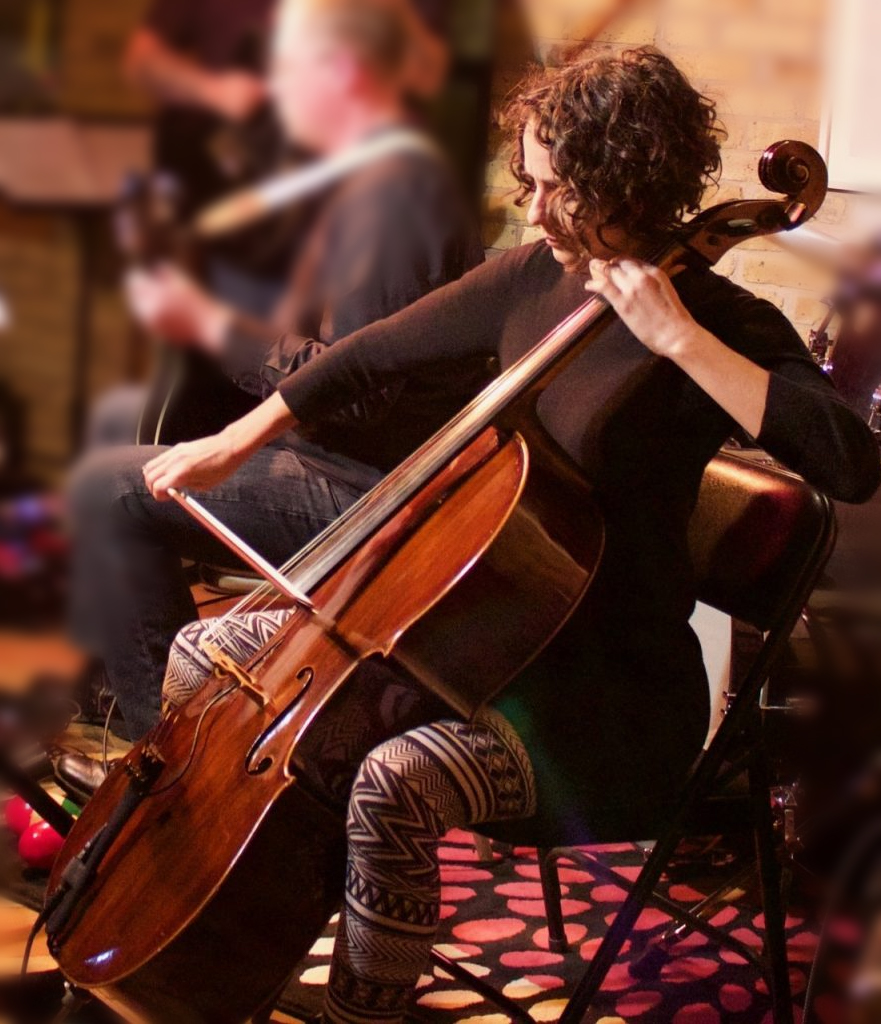 Cellist Toni Tinetti (the voice of the ghost of Frances Coles)

Swallows released their third studio album, In the Shadow of the Seven Stars on March 19, 2021.

Links to the album on streaming platforms, including Spotify, Pandora, Deezer, iTunes, Apple Music and Amazon

Frances Coles was murdered in the early morning hours of Friday, February 13, 1891, under a railway arch at Swallow Gardens near the Whitechapel District of London.

A witness standing outside the nearby Crown and Seven Stars Pub looked on in horror as he watched the scene unfold. He wanted to rush to the poor woman’s side but could not compel himself forward. Instead, he found himself slowly fading into the shadow of the Seven Stars.

In the Shadow of the Seven Stars tells the story of Frances Coles’ 1891 murder in Whitechapel, London, and its aftermath, following the murder’s only witness on a haunted journey from London to America in pursuit of her killer, whom many believed to be Jack the Ripper.

The music for Seven Stars was written shortly after the release of Swallows’ second studio album Witching & Divining in 2012. After several delays and a few line-up changes, Swallows have finally completed the album they began recording back in 2014.

In the intervening years, members of Swallows have worked on other projects, including 2017’s Deep in the Waves, released under the moniker J. Briozo, and 2019’s To Combat Loneliness: Compositions based on the works of David Foster Wallace, which earned Swallows’ Aaron Kerr, Tyson Allison and Justin DeLeon a 2020 Independent Music Award nomination for “Best Concept Album.”

Stylistically, In the Shadow of the Seven Stars combines the dark atmospherics of the Americana-influenced Witching & Divining with the rock & roll swagger of the band’s 2008 debut, Songs for Strippers (and other professions), which landed Swallows the #57 position on Consequence of Sound’s “Top 100 Albums of 2008” year-end list.

Read more about the making of the album

The band formed in 2008 shortly before the release of Songs for Strippers. Over the years, the band has performed with prominent Twin Cities artists and as an opening band for a number of national rock and Americana acts, including Slim Cessna’s Auto Club, Shawn James, Sallie Ford and the Sound Outside, The Kopecky Family Band, Venus DeMars and Kevin Bowe. Swallows have also made live appearances on KARE 11 television’s Showcase Minnesota program, KVSC 88.1 FM/UTVS TV’s Monday Night Live and the Institute of Production and Recording’s DIY Series hosted by Kevin Bowe.

“I will tell you that it might be early in the year, but I will be very surprised if [In the Shadow of the Seven Stars] doesn’t make my list of “Best of 2021” albums. It’s that strong.” – Gary Hill, Music Street Journal

“This Ripper-related Americana-rock album is exciting and atmospheric…. A must-listen for all rock-music-loving Ripperologists and those who love dark Americana music.” – London Beyond Time and Place

“This is one of the best storytelling concept albums I have experienced in quite a long time. Hopefully we will hear more from Swallows sooner rather than having to wait another decade.” – Indie Band Guru

“Who would have thought of a concept album with such an understanding of a subject could work so hard at creating an aesthetic power that is nearly unique in the fields of music it dances within? I’ve listened to this over 50 times in the last two months. It hasn’t lost an ounce of power in so doing.” – Poplitiko

“Intoxicating, dramatic and adventurous…, In the Shadow of the Seven Stars accomplishes something great, namely, crafting a sincere, literate elegy for [Frances] Coles that should allow her to rest in peace.” – Elmore Magazine

“If you’re looking for something unique to the bone, then look no further! Swallows is the name of the band and In the Shadow of the Seven Stars is their latest release…. Swallows brings originality to the table tenfold with the new record that is sure to peak the interests of even the average listener.” – Skope Entertainment Inc.

“It is seldom that one gets to enthusiastically introduce new bands with raw talent, but this is one of those moments. Swallows, an alternative band out of Minnesota has invoked what people are calling ‘rock and roll, ugly and beautiful, profane and spiritual.’” – Consequence of Sound

The Mad Mackerel’s Best of the Month (January 2013): “The rasping, gravelly vocals, sombre cello and chanted junkyard chorus on ‘The Winnowing’ call to mind Tom Waits and The Wicker Man in equal measure. It is a combination we are liking rather a lot.” – John Grain, The Mad Mackerel and Descrier (Oxford, England)

“A complex combination of American roots and Old World folk music, Witching & Divining captures Swallows like a firefly trapped in a jar. Each song is steeped in folklore, feeling at times like an interpretation of John Lomax’s legendary field recordings.” – City Pages (Minneapolis/St. Paul)

“[A] brilliant blend of Americana and Blues.” – Rift Magazine (Minneapolis)

In the Shadow of the Seven Stars album promo. The video features the song “Wrecking Ball.”

Official Music Video for the song “Ultraviolet” from Swallows 2021 album In the Shadow of the Seven Stars.

Official Music Video for the song “Bring Your Dead Back Home” from Swallows 2021 album In the Shadow of the Seven Stars.

Official Music Video for the song “The Boneyard” from Swallows 2021 album In the Shadow of the Seven Stars.

Official Music Video for the title track from Swallows 2021 album In the Shadow of the Seven Stars.

Official Music Video for the song “Watertight” from Swallows’ 2021 album In the Shadow of the Seven Stars.